Every now and then a quirky experimental exploitative film comes along with some kind of gimmick that nails precisely what it sets out to do.

The visual premise of this one is to tell an action packed story entirely through the perspective of its protagonist, Henry. He is a man enhanced by cybernetics following his demise who, suffering memory loss, must survive long enough to get the parts he needs to continue living; all while hunting down, and being hunted by, an organization led by a telekenetic killer that holds his wife captive. Along the way he is aided by incarnations of an aloof character named Jimmy who provides him with his objectives. Simple! 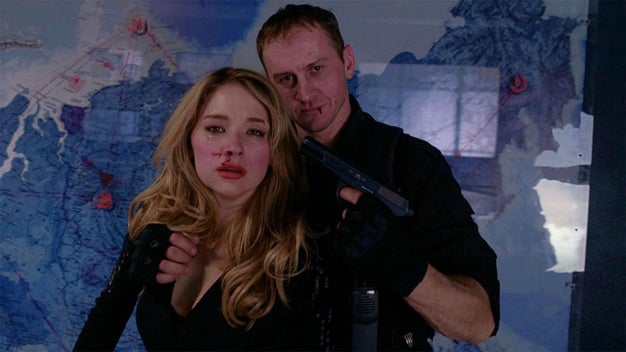 And simplicity works best for this adventure which spends much of its time entertaining you with brutal violence and clever comedy and a trip to a local brothel, because, I guess they had to... So prepare your eyeballs for blood and nudity and hilarity with lots of Sharlto Copley.

The principle characters are Jimmy played by Copley, the female scientist damsel in distress Estelle, and the psychic villain Akan. All of them caricatures played up for wonderful comic effect to be either lovable or lovably detestable, helped by witty dialogue and various accents! 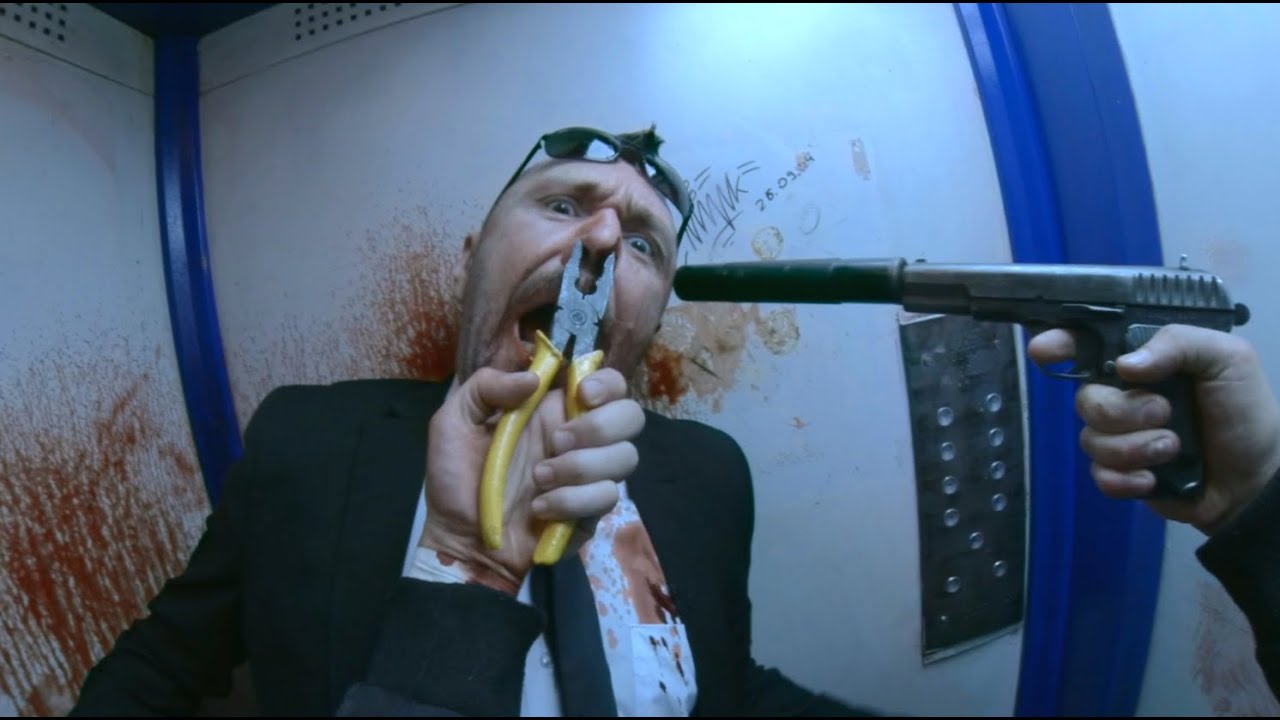 The setting being modern day Russia is also a fun locale as the citizens around you react to the awkwardness and carnage. Russian Producer/Director Timur Bekmambetov has given Director/writer Illya Naishuller his chance at a debut, and the violent epic Hardcore Henry is an unapologetic love letter to video games and stunt action building upon a 5-min music video project he'd done with the same premise.

Now just because a film may be simple in concept, doesn't mean it can't be clever and doesn't mean it wasn't complex to execute. Just imagining this from the POV of the stuntman/actor requires some ridiculous coordination and choreography to achieve. Lazy film-making this is not! And while you might think this is a concept best left to gaming or to short pieces, Hardcore Henry manages to prove us wrong over the next 90 mins. 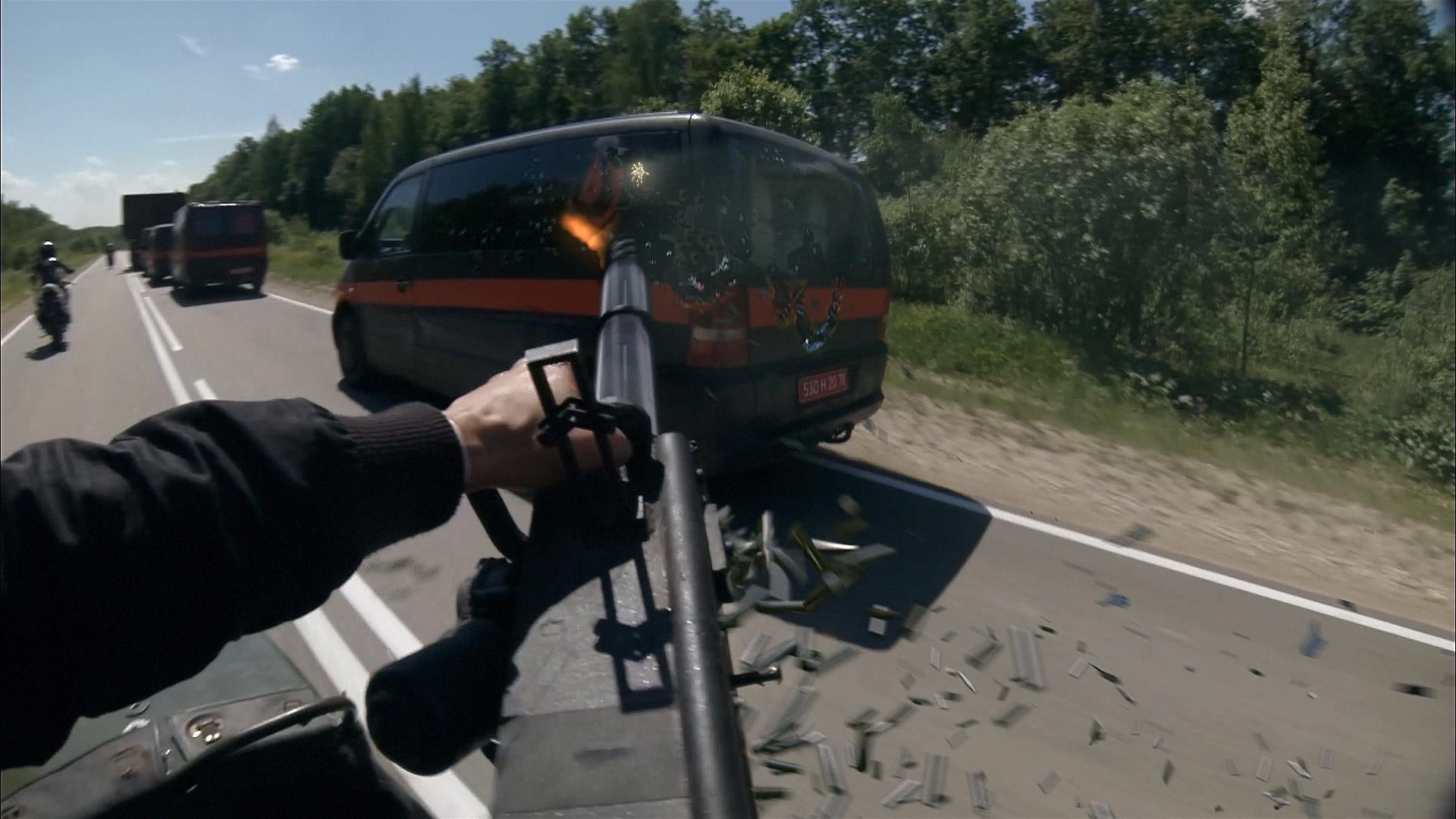 Now the film certainly isn't going to be for everyone... If you are the sort who experiences motion sickness and doesn't like jerky camera movement, then visually the film will not be comfortable for everyone to view. That's simply the nature of the beast given all the subtle movements we ourselves make with our head and eyes, and thus a good number of people will be uncomfortable viewing a movie like this. Usually such things are helped by copious amounts of slow-motion, but Hardcore Henry doesn't devolve into becoming a slo-mo fest and only sparingly uses it at the right times, which I feel is a further credit to the film.

And if the camera movement doesn't make you uncomfortable, then certainly the level of violence might which will be indicated to you right from the opening credits. Make no mistake that this is a hard-R-rated film! Thus only fans of the exploitative action genre will benefit from it. And this movie is best watched with the right crowd. And let me emphasize that the stunt work and fun things you'll see is pretty downright awesome!


So if you're fine with the above and eager to see something different on screen, then grab some friends who think likewise, have a drink and go watch Hardcore Henry when it opens later this weekend.
Posted by The Labyrinth at 10:30 AM