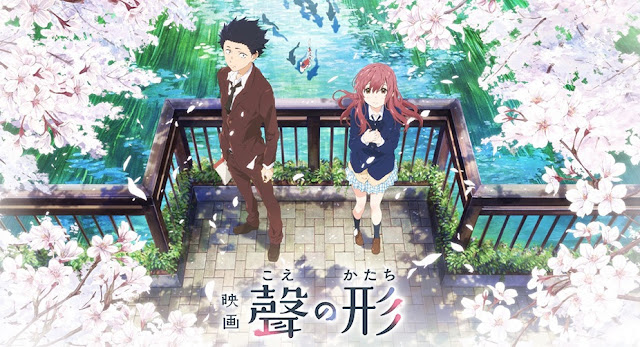 The anticipated anime adaptation of Yoshitoki Oima's celebrated manga series 'A Silent Voice' finally got to play in a small number of local Canadian theatres. It's the story of a young boy and his friends who bully a deaf girl in their class. But when things go too far, forcing the girl to change schools, the tables turn with the boy himself becoming the object of bullying and ostracization.

Leading a lonely guilt-ridden life up to his high school year, he vows to make up for the little things he can before committing suicide. But in a life-changing moment he re-encounters the girl he once bullied. Attempting to apologize for his actions, this re-established relationship leads him on a journey to better himself and reform his social life. But this isn't easy given his guilt and anxiety, along with the poor reputation he's carried with him for years.

Originally published as a one-shot, the manga series finally spanned a brief seven volumes to tell a satisfying and touching story about the difficulties faced by children with disabilities as well as bullying experienced by school children. When Kyoto Animation announced that an anime film would be made there was excitement, but also a scepticism as to whether one film would be sufficient to detail a story that spans several years and features many characters all with their own complicated internal struggles.

Sadly, it does turn out that the film suffers from trying to cover too many things that would've been better served with a short 1-season TV series. Situations like the main male lead's descent into depression aren't detailed thoroughly enough and is quickly encapsulated over right from the opening minutes. The audience never gets time to relate to what he went through. The childhood sequences are also quickly run through and we get a lot of jumping back and forth through time throughout the film whereas the story would've been served best told chronologically.

Of course the shorter run-time of a film needs to adapt, and thus it's natural that material would be cut. But rather than wisely cut certain portions out, the film instead tries to accommodate as much as it can. This includes lending more time to the supporting cast, which was better fleshed out in the manga, but feels rather arbitrary in the movie. This leads to a lack of focus and at the expense of the two main leads. Thus a hypothetically better film would've placed the other characters to only smaller necessary roles to move the story forward and put the focus where it should've always been - on the boy Shoya and the deaf girl Shoko. Also while the film does attempt this to a certain extent, it should've gone even further and made the narrative be solely experienced through Shoya's eyes without ever leaving him and have had the audience follow along with him without ever cutting away. 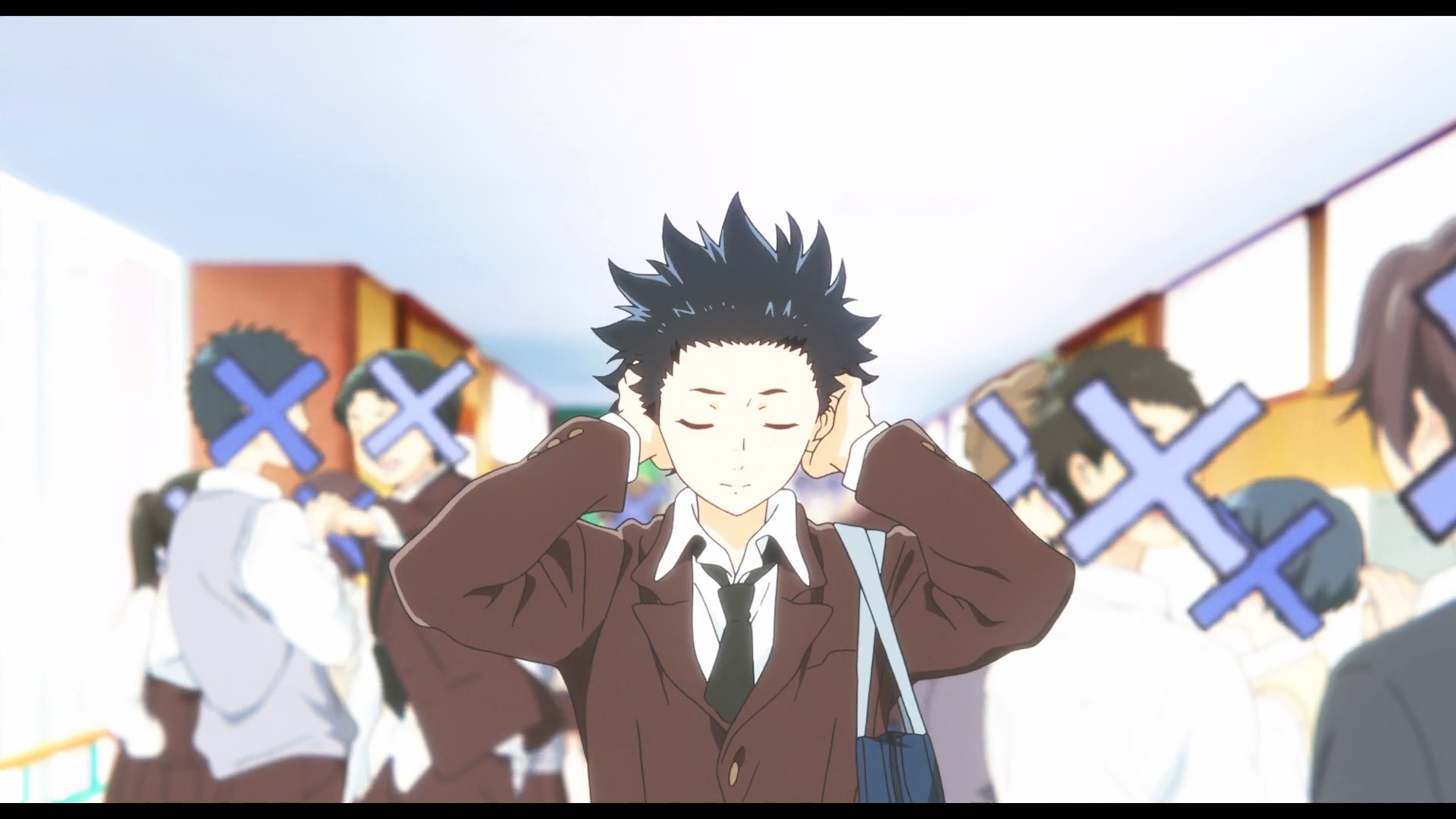 What we've ended up with is an unsatisfying story that feels all over the place and is more like a teen drama with a mix of comedy, but with no time to really feel the weight of certain experiences and situations.

Fans of the original manga might still enjoy the film if they'd like to see the characters and many of their favourite moments animated. The film's production is very well done with some visually inspired moments. There are also many original scenes created specifically for it, including a new ending. But it isn't as memorable as the manga's. But at least the theme of 'A Silent Voice' is maintained - which is not so much to do with the physical disability to speak or hear - but rather to the way we consciously or unconsciously close our eyes and ears to people around us - how we are unable to speak and express our feelings to each other sufficiently, leading to misunderstandings, divisions and conflict - particularly failing to reach out or speak up for people suffering from anxiety or being social outcasts.

So it may still be a film worth checking out if you're curious, but the adaptation is a big missed opportunity for what could've been a classic considering the excellent source material. Perhaps we may eventually get a TV series adaptation that would better suit the story; but until then I'd rather recommend the manga over the film.
Posted by The Labyrinth at 1:00 AM