Blade Runner 2049 is one of the best sequels ever made!

The caveat, however, is that it is a sequel to Blade Runner; recognized as a highly influential film for its set design and visual effects, but which suffered from poor pacing and with a whole lot of nothing going on for most of the runtime. But if you stuck with it, there was actually quite a bit of substance to dig through. Therefore, the original film is more interesting to study as an exercise in film-making, and discuss in terms of pop sci-fi, than it is as a piece of entertainment.

But this does not detract from the talents behind this latest outing, such as 'The Arrival' director Denis Villeneuve and cinematographer Roger Deakins who worked together with him on 'Sicario.' Blade Runner 2049 is very much a product of their combined style evident in the aforementioned movies while also faithfully building upon the world of Blade Runner.

While the latest film improves upon the original in many ways, it deliberately sticks close to the DNA of the original. In that it is a futuristic crime-noir detective story with femme fatales and lots of imaginative scenery to reflect on. One major difference is that compared to the original, the era of 2049 is not as colourful in its set dressing, preferring a more monochromatic and oppressing overtone, which fits with its era that takes place in a post-9/11-ish atmosphere after an incident known as the Blackout which took place 27 years earlier. So we're dealing with a much more dystopian future than before.

Blade Runner 2049, like its predecessor, is not an action-movie. Yes, there will be action and explosions and some very very bad-ass scenes and beautiful emotional moments; but the bulk of it is made up of detective work, and musings about the nature of humanity and order, and the sad lonely life of KD9-3.7, the replicant android cop played by Ryan Gosling.

So while the pacing is much improved, this is not the sort of sci-fi movie most audiences will be expecting, and thus it would not be a surprise if many people got bored, particularly given the film has a lengthy run-time. For me, however, I loved every second of it and it did not at all feel as if it was running long. But then again, I tend to be more patient than your average person.

If you want a good indicator as to how this film will work for you, Blade Runner 2049 shares more in common with films such as Mamoru Oshii's Ghost in the Shell (which itself took inspiration from the original Blade Runner). You get your moments of action scenes here and there, the film is largely about police doing their job, there is a lot of philosophical back and forth, and these are punctuated with meditative scenes where you get to sit back and enjoy the scenery set to music. In this case that would be Hans Zimmer and Benjamin Wallfisch building upon the original themes and style of the original film's composer, Vangelis. Very atmospheric stuff that is sure to please those who loved the original.

So to put it simply, if you're a fan of sci-fi films like the original Ghost in the Shell anime, or similar ones like Alex Garland's 'Ex Machina' where dialogue is more a series of intellectual diatribes and debate than conversation, then you will certainly love Blade Runner 2049. For those turned off by the style of such films, it would be better to stay away.

Suffice to say, I feel Blade Runner 2049 succeeds enormously where Hollywood's Scarlet Johansson-led 'Ghost in the Shell' adaptation failed, given both tackled similar themes, and shared many similar design aesthetics. But it seems that most audiences would naturally gravitate more to the latter than the former.

The sound design and the visual effects are all top notch here and are not to be missed by aficionados of production and sound design. So for anyone who intends to see this film in theatres, I would highly highly recommend a screen in 3-D with a Dolby ATMOS setup.

To say much on the story, would feel like giving too much away. This is primarily because the story itself is a very simple one. And by simple, I do not mean it isn't good, but rather that the complexity of the film lies more in its overall themes than it is about how the protagonist moves from one plot point to the other. Ryan Gosling's character KD9-3.7, also simply called 'K', is a Blade Runner, a cop whose primary task is hunting down other replicants like himself. These are engineered super-humans who were designed to be used as soldiers and slave labour in areas of extreme conditions to serve humanity. They are artificial and believed to possess no soul and therefore do not possess the same rights as their human creators and are subject to strident controls. Some replicants, naturally rebel against this system, and it is K's duty to track down dangerous individuals and determine if they are replicant or human and then deal with them. By the start of the film, in pursuit of a suspect, he uncovers evidence of something that could forever shift the balance between replicants and humans that could result in overturning the world's order. His conflict is about whether or not to follow his orders to cover up the evidence or to follow his own personal desires as a replicant that may be more closely tied to his past than he thinks.

If there's one major criticism to make of Blade Runner 2049, it's that there are 2 stories going on here. The main one is about K's investigation from start to finish. The other is something larger occurring in the background, that is never exposited upon sufficiently, nor resolved. Ambiguity of this sort can be entirely fine, but here it will make audiences confused or feel left out of something, and feels like a set-up for a potential sequel. This leads naturally to situations in the film that may be confusing or even to feel contrived or convenient, though there may some actual plot conveniences at fault too. This plot line also for a large moment takes us away by overshadowing K's story to the point our protagonist becomes like a supporting character.

But some of this plot was also introduced in 3 official short films released on-line, which are actually very vital to understanding what's going on. So for anyone intending to go, I would highly recommend watching the 3 shorts before going into the movie. Those shorts in chronological order are:

If you do this, you will understand the movie a lot more, though I do believe it's an issue when vital information that can really help your enjoyment of a film is not iterated in the film itself. Particularly the first 2 shorts that deal with the Blackout terrorist incident and one of the film's major antagonists. 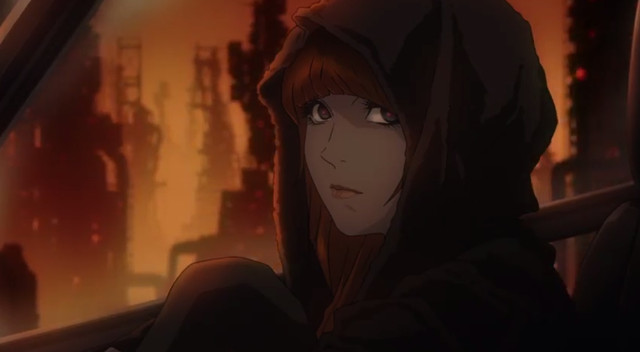 Also I would not recommend watching the film unless one if familiar with the original Blade Runner. Blade Runner 2049 does not bother to make itself comfortable for newcomers nor does it waste time re-explaining anything detailed in the original film which it builds on. There will also be significant moments in the film whose emotional impact will very much depend on you having knowledge of the original. So you might want to either watch the original (many recommend the Final Cut version), or check out one of many re-cap articles or videos you can find on-line that will give you the low down.

So, to summarize, if moody over-philosophical sci-fi is your thing, then Blade Runner 2049 could likely be the best film you'll see this year. It will certainly join the ranks of some of the best sci-fi films ever made. It's rare to get what is essentially an art-house film made with a budget this big, so I would recommend taking the opportunity to check it out in theatres while you can.
Posted by The Labyrinth at 3:00 PM