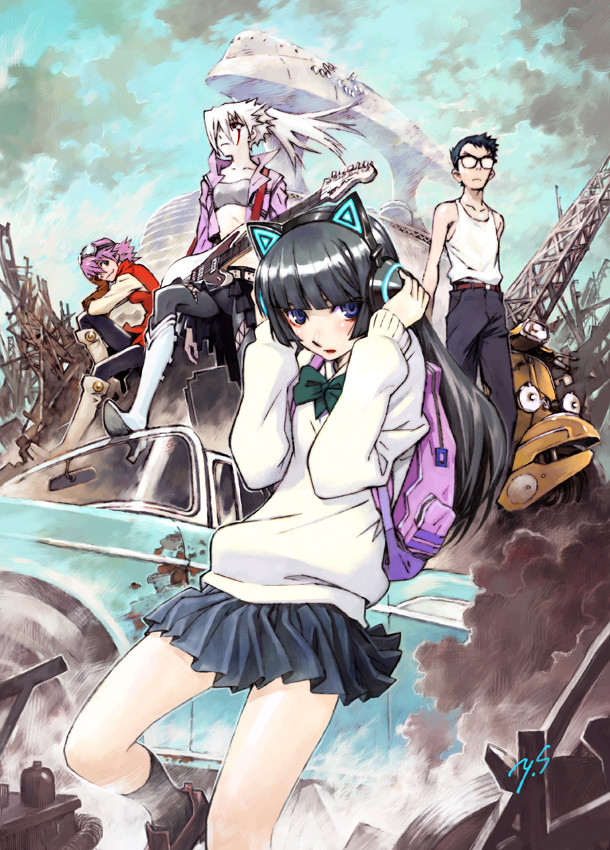 FLCL 2 & 3, announced earlier, now have titles! The first called 'Progressive' and the second called 'Alternative.' The North American release will be 2 separate 6-episode series, whereas in Japan they'll each be released as two theaterical film versions. Check out the 2 new trailers below for more footage, including the Japanese and English dubs! PLus above is the new key visual by artist Yoshiyuki Sadamoto!

Posted by The Labyrinth at 1:30 AM