Andrew Wyeth, Son of N.C. Wyeth, and Father of James Wyeth Passed away at 91 according to the New York Times (link at the bottom). The Wyeth family have had a serious influence on illustration art - especially N. C. Wyeth.

Recently, the new issue of Spectrum #15 (best of fantastic art) featured cover art that IMO remind me of a cross between Andrew Wyeth's cold realist style, and his father's more romantic fantastical skylines and warm colours.

here is a piece by Andrew Wyeth. 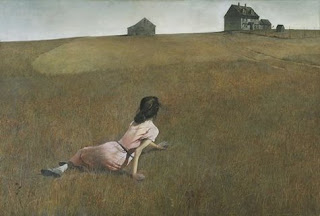 here is the cover to Spectrum 15. the image here doesn't show it as well as the real book does (which has a much yellower hugh to it), but the texture used here has that Andrew Wyeth feel. The colours are definately brighter, and the clouded sky with sunshine is more suggestive of N.C. Wyeth who often filled his paintings with large cloudscapes. 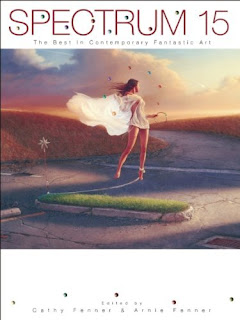 The cover to Wonderous strange below is by Jamie Wyeth. 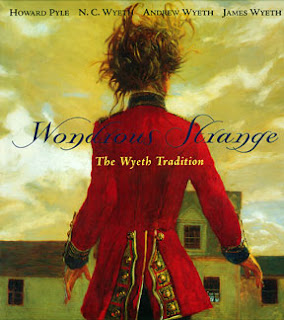 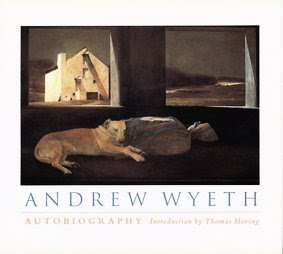 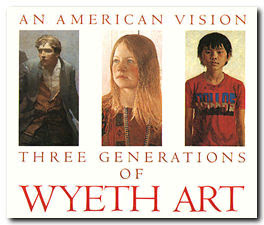 Posted by The Labyrinth at 9:32 AM